In 2019, the MHB received a grant from Enbridge and worked with Aitkin county to produce recreational signage on the Mississippi River. It was determined that many people want to recreate and take a short 3 to 5 hour trip on the Mississippi River, but lack the knowledge of where an access is located and where they can exit the River further downstream. The MHB decided that a defined trailhead kiosk with a map of where to enter and exit the Miss. River at a local park or public area would eliminate some of the fear of starting the journey. There was also an exit sign produced so that paddlers knew exactly where to exit the Mississippi once they got close a downstream landing. A QR code was developed so that smartphones could scan and download a digital map and track their journey in real time as they navigate downstream. Once the signs were produced, other counties wanted to participate and recreational signage is being developed in certain locations across the Mississippi Headwaters Board counties. 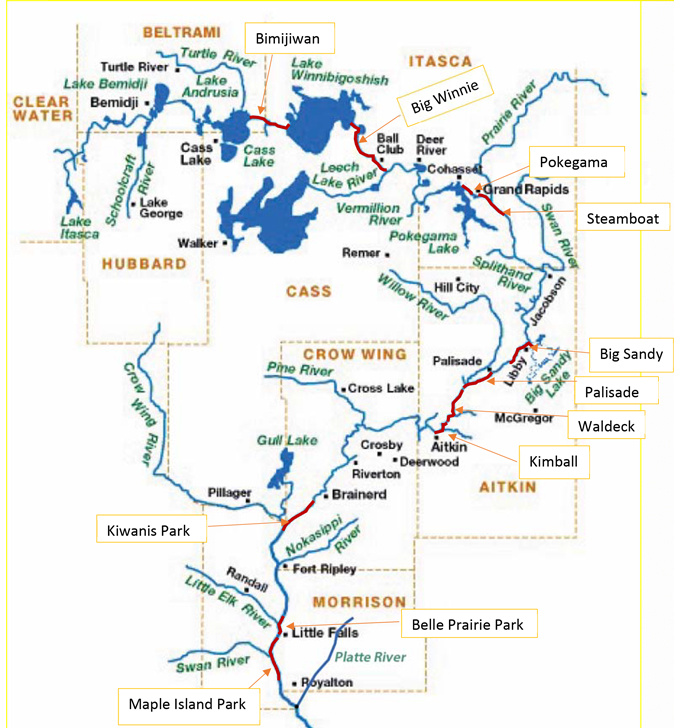 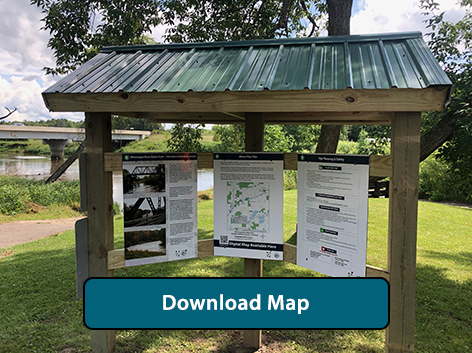 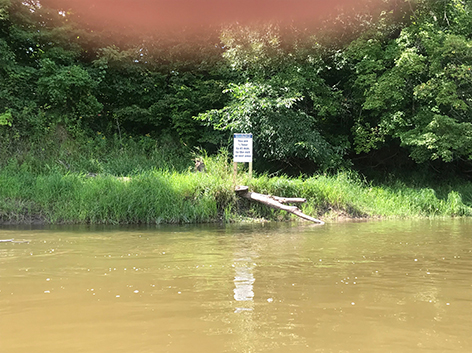 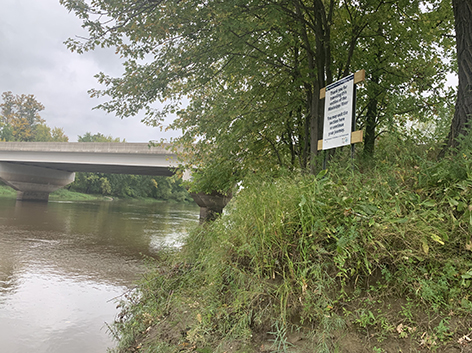 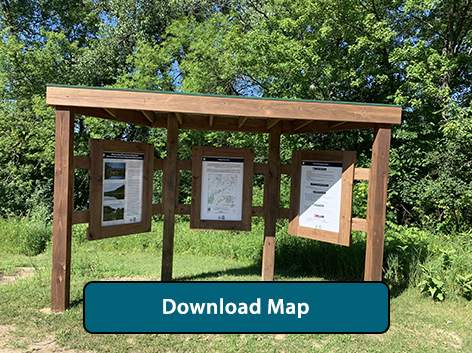 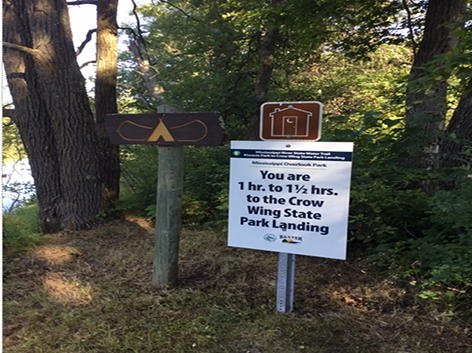 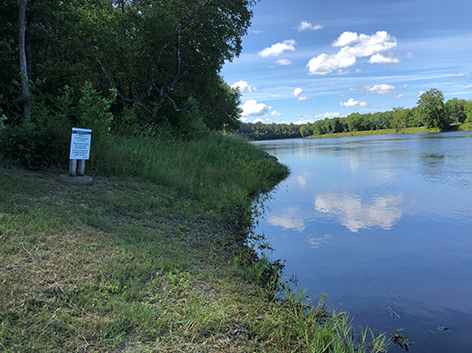 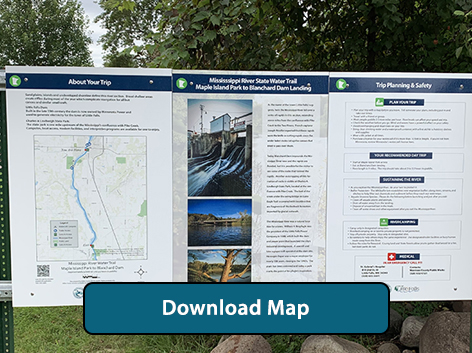 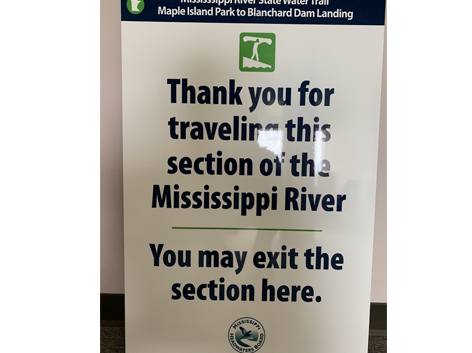 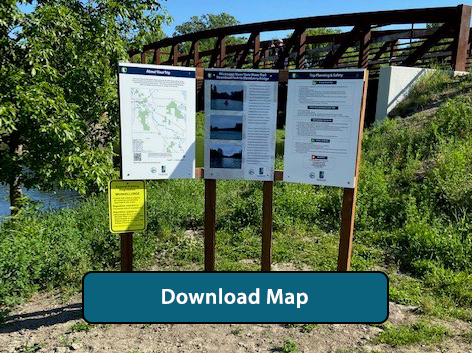 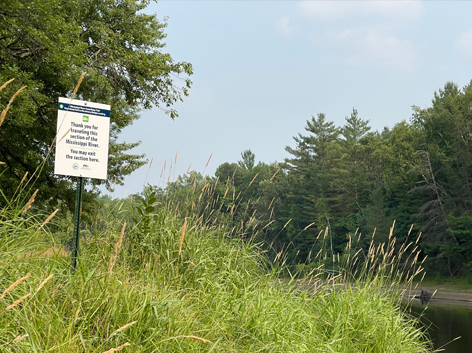 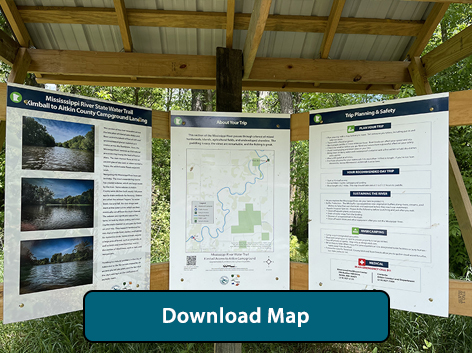 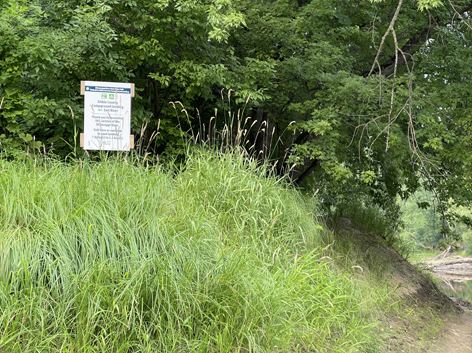 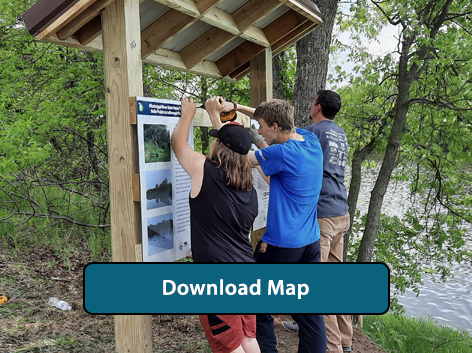 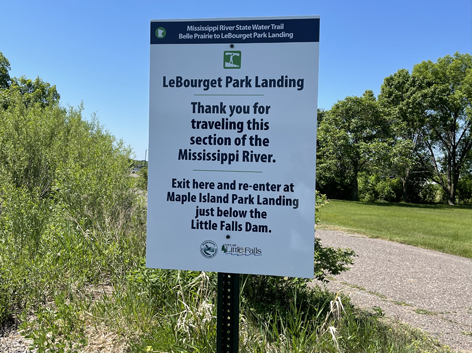 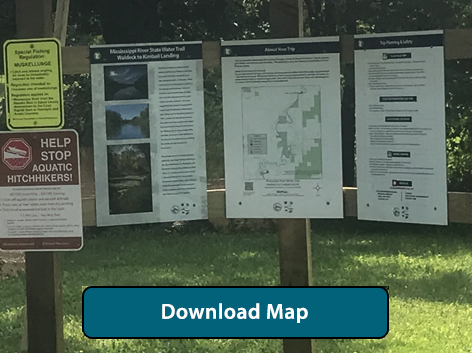 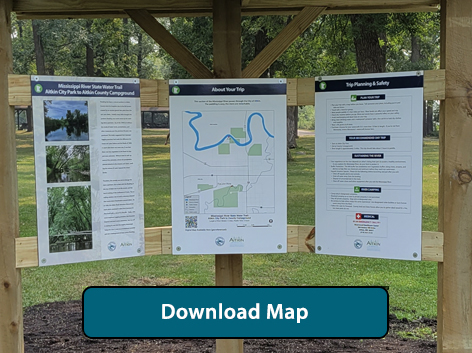 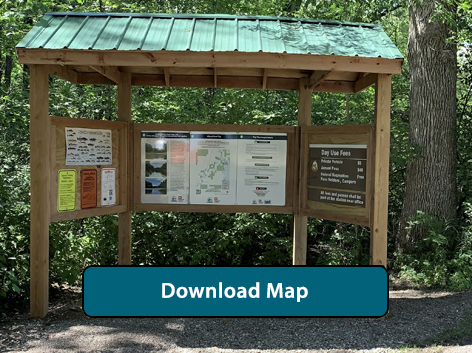 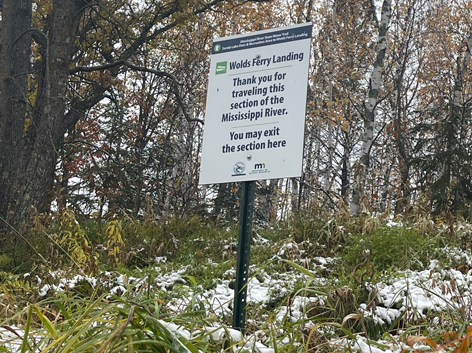 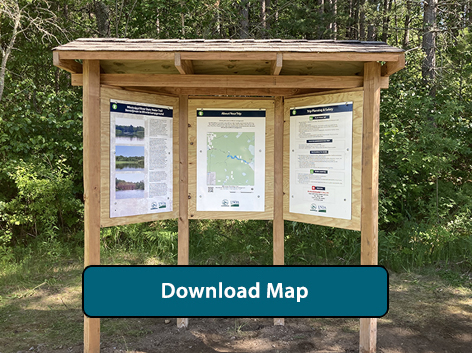 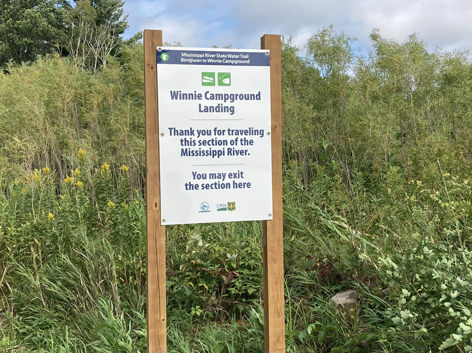